Great trip through the heart of Bulgaria

Let’s head to the northern part of Central Bulgaria, easily reached from Sofia by taking the Hemus highway northeast out of town. We’ll have your rental car, including insurance, ready in Sofia! You just need to pack your bags and perhaps, at least in high season and during holidays, book some hotel rooms. We at Savoy Rent a Car will help you organize your trip – it’s our pleasure to design an itinerary together, which matches your interests. Here’s a proposal which can be easily modified to meet your personal needs.

As you drive out of Sofia, you’ll directly notice that there’s little traffic on the road. Even though Sofia is a busy city, Bulgaria is a large country and the roads are pretty quiet. It’s easy to drive off into the country if there’s little traffic on the road. You’ll directly pass some petrol stations so fuel up and perhaps have a good coffee and a harty snack, such as a ‘banitsa’. Admittedly, you can find better banitsa in places other than the petrol station, yet it’s pretty good and so are the other snacks and sandwiches – in addition to good coffee. The petrol stations in Bulgaria are especially well-equipped, all with WiFi of course, so you can check the progress of your trip or share some snaps.

Let’s continue – hop in your rental car and head northeast again. You’ll pass Pravets, with the luxurious RIU resort in the valley. You’ll see it from the highway. Then, take the exit at Yablanitsa and follow the direction Teteven/Ribaritsa. Then, before Glozhene village, turn right to Malak Izvor. Best is to use a form of navigation at this point, such as an offline Google Maps download or the Navmii Bulgaria app (free). Then it’s just a few kilometres to Glozhenski monastery. It’s a windy, steep road, best is not to do this in winter. Avoid any danger – don’t go up in case of ice or snow. The road is just too narrow.

Parking costs two leva per car. It’s then just a few minutes of walking to the monastery gates. It’s situated right on top of a mountain. Tall rock formations surround the complex. You have a wide view on the Teteven valley. The complex was built in a typical Bulgarian style, white walls with woodwork for support. The church, in the middle of the courtyard rises above the surrounding buildings. History tells us that Georgi Glozh (from the Eastern Slavic Kievan Rus) was permitted to stay in this area. He then built another monastery, not too far away. These two monasteries were then connected by a tunnel. The tunnel, as well as the initial monastery, were destroyed because of earthquakes. Only Glozhenski monastery, which we see now, has remained. On 6 May, St. George Day, celebrations take place at the monastery.

Back down from the monastery, in Malak Izvor, there are two guesthouses. You can stay at the Little Spring guesthouse or at guesthouse Izvorche. This is the light blue house on the left side, heading out of the village coming from the monastery. It's hard to miss. Their phone number: 00359888550720. Now it’s just a few kilometres to Glozhene village. Just past the village, on your left, you find restaurant Mehana Vidrite. Right behind it, a waterfall drops from the cliffs. Nearby is a complex of vacation homes, also named Vidrite (http://vidrite.com).

Now let’s get back into the rental car and continue east, towards Troyan. You’ll pass Teteven and Ribaritsa, at the foot of the northern slopes of Stara Planina mountain range. Visit Teteven monastery or one of the several museums; the Historical museum, Bobevska house museum, Hadzhiivanova house museum or the Yorgova house museum. Ivan Vazov, Bulgaria’s most legendary writer, proclaimed Teteven to be a paradise: Had I not come to Teteven, I would have remained a foreigner to mother Bulgaria ... I have been wandering, I have been rambling, but I have not seen a more wondrous paradise. And it’s not hard to see where he got this impression from. Even though Teteven was nearly completely destroyed in the country’s long history, there’s some impressive architecture left. Combine this with a fresh breeze from Vit river and the views of surrounding mountains, you get the picture.

Just 12 kilometres east of Teteven is Ribaritsa, which is a long-stretched village. A popular mountain resort, the road is lined with guesthouses and hotels, as well as some good local restaurants. Now east of Ribaritsa, you drive through some pretty scenery and past traditional villages. Then, you’ll arrive in the city of Troyan. First of all, the town itself, that is cut in half by the Beli Osam river. A small town center with several craft work stores, their local pottery is famous all over Bulgaria, if not the whole Balkans. The local clay soil lends itself for this craft. Across of the municipality, there’s the town museum where you find some fine examples. You shouldn’t miss Troyan monastery; yes, indeed, Bulgaria is packed with monasteries! This is the third largest in Bulgaria. Just like at Glozhenski monastery, Troyanski monastery has a celebration on St. George Day, May 6th.

Now let’s travel east, on the way to Gabrovo. You’ll pass villages and cities such as Oreshak and Apriltsi, all popular getaways for the Bulgarians. Then Gabrovo is another pretty city, situated on Yantra river. It’s surrounded by hills and very close to the Stara Planina mountain range. Because it’s in the Yantra River Valley, it is stretched and narrow at some points. It’s the longest city in Bulgaria, over 25 kilometres and at some parts just one kilometre in width. It’s the Capital of Humour of Bulgaria – its people like to crack jokes. You can learn more about the local humour in the Racho Stoyanov Drama Theatre and the puppet theatre, as well as the House of Humour and Satire. This place also functions as a museum. Gabrovo has some fine examples of Bulgarian National Revival (https://en.wikipedia.org/wiki/Bulgarian_National_Revival) architecture.

The geographical center of Bulgaria, Uzana, is just 22 kilometres from the city. There, you find year-round opportunities for tourism. Gabrovo is also the basis for trips to the architectural villages Etara and Bozhentsi, Sokolski monastery, Dryanovo monastery, Tryavna city, Veliko Tarnovo, the Shipka Pass and the Buzludzha monument. You could have a good trip even if just staying in Gabrovo and making excursions from there.

To highlight one more place to visit in Bulgaria, you could go to Veliko Tarnovo. Do not miss Dryanovo monastery on the way, which was founded in the 12th Century during the era of the Second Bulgarian Empire. It was burnt down twice during the Ottoman reign and was rebuilt at its original place in 1845. Tarnovo was the capital of this Second Bulgarian Empire from 1185 –1393. The empire itself lasted from 1185 to 1396. Then to honour the city’s historical status, Veliko was added to its name, meaning “Great”. The city is beautifully situated on the Yantra river and on three hills, Tsarevets, Trapezitsa, and Sveta Gora.

Veliko Tarnovo has a history far longer than most European cities, it’s one of Bulgaria’s oldest – dating back to 3.000 years B.C. During the Medieval Era, Veliko Tarnovo was an influential city. As the Byzantine Empire weakened in the 14th Century, the people of Tarnovo even proclaimed it to be the “Third Rome”. There were sizable populations of minorities such as Armenians, Jews and many foreign tradesmen. The whole Bulgarian Empire then was made part of the Ottoman Empire, from the 14th until the 19th Century. Make sure to visit the Tsarevets fortress, which was the most important stronghold of the Second Bulgarian Empire. The hilly old town is fantastic to just walk around and explore, the small streets with good restaurants and small hotels, as well as little shops and good views over the river, will make sure you want to revisit!

On your way back to Sofia, you could drive for three hours on the main road that becomes a highway at Yablanitsa. Or, drive back to Gabrovo, the ethnographic town Etar, Sokolski monastery and take the Shipka Pass with the similarly named monument. This was the site of horrific battles between the Russians and Bulgarians against the Ottomans, in 1877 - ‘78. The Russian Orthodox church of Shipka and the Buzludzha monument are close, so is the Thracian tomb in the town of Kazanlak (http://whc.unesco.org/en/list/44). Then, on the way back west, you could visit historical Kalofer, Karlovo or Sopot and take the lift up into the mountains (http://lift-sopot.com/). 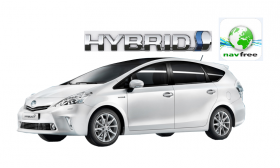 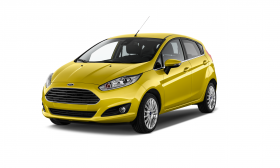